The View From the Front Steps 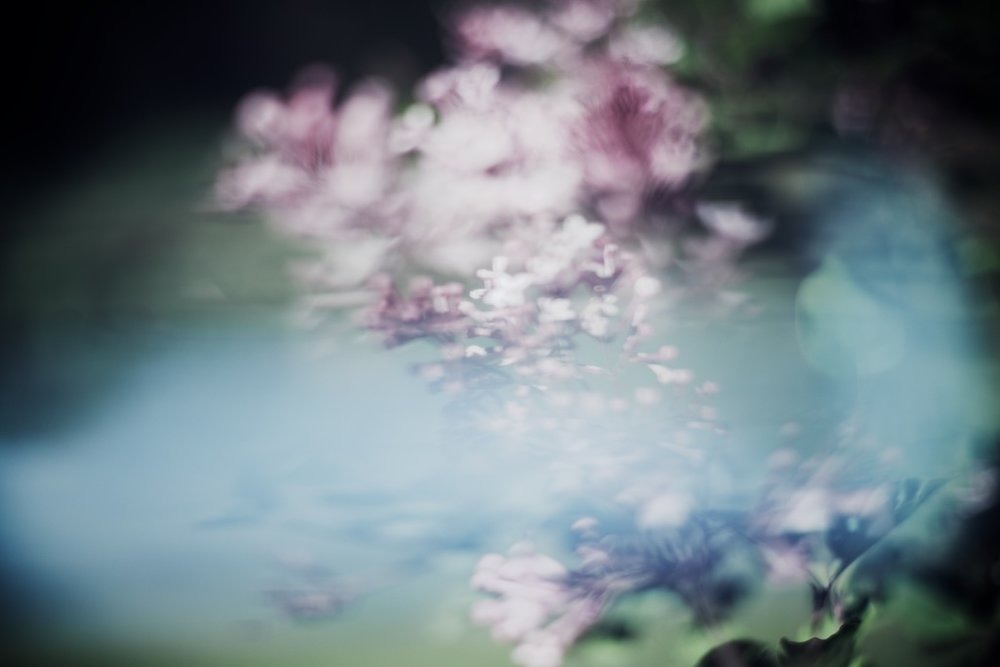 Every now and then, I pause to think about a vision from my childhood, a time in which I felt completely comfortable and carefree. The vision begins in my grandparents’ living room; more particularly, my grandparents’ living room on a Sunday afternoon. Lunch has been cleared from the table, and everyone has scattered to relax and digest, to “close their eyes for a spell,” as my father likes to say. The living room is dark, save for the sun-soaked curtains billowing softly in the afternoon breeze.

I can still see myself lounging in the reclining arm chair near the window. My eyelids are growing heavier by the minute, but the breezes are luring me. I watch the way they play tantalizingly with the curtains until I can no longer stand it: I muster up the strength to tip-toe outside, careful not to wake my father and grandfather, who are sprawled out napping on the couch across from me.

I first fell in love with Chicago on the front porch of my grandparents’ house, nestled on the south side of the city. In my vision, I can picture myself sneaking stealthily out of the living room, opting instead to sit on the middle porch step, where I munch on a sprig of flat-leaf parsley from the garden while admiring my mint green T-strap shoes. These shoes made me feel extraordinarily special. Too colorful to wear with my school uniform, they were my weekend shoes, and I always saved them for Sundays at my grandparents’ place in the city. The house was special, too. It was the house where my father and his siblings grew up. Memories were scratched into its floorboards and etched into its walls; ink marks stained the Formica tabletop in the kitchen, where my father used to draw comics after school. The exterior of the house was painted pale yellow with maroon trim, different from all the other houses on the block, flaunting its own refined take on mustard and ketchup.

It was the same situation every Sunday: I was just a young girl with an entire afternoon ahead, stretching out before me like a luxurious red carpet. It was a time when an afternoon felt like an eternity, full of limitless possibilities and endless adventures. My grandparents’ German Shepherd dog would accompany me on the porch steps, and together we would watch the neighborhood and the various activities of its inhabitants. We sniffed at the hotdogs charring on a grill somewhere down the street, and inhaled the smell of freshly-cut grass. The faint smell of cigarette smoke from the porch next door pacified us. We watched an elderly woman weed her garden, and we suspiciously regarded the house which Old Man Jenkins seemed never to leave. We wondered where or when or how he bought his groceries. I decided that he must have dug his own underground system of tunnels, so he could run to the grocery without ever having to encounter a single soul.

The dog’s pink tongue lolled out the side of her mouth as she rested her head against my shoes. I liked to stroke her soft head and feel its warmth against my feet, two companions leaning on each other for comfort, both of us feeling inexplicably at ease. Sentimental melodies wafted out to the porch from the record player in the living room, serenading us as we regarded the street like an old movie. There was a scratchy, crackling sound accompanying the melodies, and I didn’t know it then, but this sound was to have a profound impact on me. It was to later become a nostalgic reminder of tranquility and ease, to conjure up images of the rippling effect produced by the sun pouring its golden light through the blinds of a living room window.

It was to become something I would later seek out among the dusty shelves and bins of record stores in various cities, and something that would soothe me when coming home to my apartment after a long day of work, when I’d kick off my heels and let out a sigh as I set the needle in its groove. It was a sound that would carry me back to the middle porch step of my grandparents’ house on the south side of Chicago on an unhurried Sunday afternoon, with a Shepherd at my feet and a sprig of parsley dangling from my lips.

After some time passed, I would hear people bustling around in the living room, awaking from their naps. I would smell the late afternoon coffee brewing. If I was lucky, my grandfather would soon bring me an ice-cold can of cola from the fridge, which tasted like bliss on a late spring day, better than any kind of dessert anyone could ever offer me.

The color of the street changed as the sun became less intense. With dusk hovering on the horizon, the dog and I could feel the perfect languidness of the afternoon waning away. How long had we been sitting here, in our own private theater? Soon it would be time to drive home to the suburbs and prepare for school the next morning. But we always had comfort in knowing that there were plenty more Sundays in the city ahead.

I would hear soft, fuzzy murmurs coming from inside, the innocent and timeless sound of people waking up and coming back to their senses after a brief respite. I listened to their soft footsteps, could practically hear them stretching as they padded into the kitchen for a cup of coffee. I took a few more silent moments to myself before joining them inside, regarding the street one last time and the way in which it thrived as its own little world. It certainly felt like my little world.

As the dog and I unfolded ourselves from our perch on the porch steps, I performed my final scan of the neighborhood, always ending with my eyes shifting upward and beyond to my favorite view of all: the magnificent skyline poking out above the endless rows of bungalows, narrowly packed together like Grandpa’s cigars.

DRIFTLESS is a biannual print magazine devoted to the marvels of the Midwest. Issue 9 is available for purchase online and in select shops throughout the Midwest.To purchase a copy online or to view a complete list of stockists, please click here.